For most children around the world, summer has already started. In some countries, summer vacation is about 6 weeks; in others, it is 2-month long. What a blessing for many of us to have such a long free time! However, having it wide open can be a bummer. We need to have some sort of […]

The school year 2017-2018 is nearly to its end. At this time of the year, both teachers and students have lots to do. A major task is to wrap the school year up well: everything a child needs to know should be covered; Another big task is to reflect, celebrate and plan for the next […]

Do you know which animals make these sounds: Meow, woof and chirp? Surely you know the answers. The animals are cats, dogs and birds. What sounds do these animals make in Chinese? Cats make 喵喵(miāo miāo)，dogs 汪汪(wāngwāng) and birds 叽叽(jī ji). Do Animals Sound Different in Chinese Sounds of animals are a form of onomatopoeia, the […]

中国话，”Chinese Language”, an interesting title for a song. You are right. It is indeed quite puzzling if you only look at the title. However, if you listen to the Chinese Language song, you will understand why it has such a title. Chinese language song starts with a well-known Chinese tong twister biǎn dān kuān bǎn […]

Smiley Emoji – Do You Know What They Mean in Chinese

We use Smiley Emoji in our conversations all the time. Do you know about their meanings? If yes, do you know the meaning of these commonly used smiley emojis in Chinese? Let’s have a look! Grin 开心 Kāixīn Laughing with tears 笑到哭 Xiào dào kū Yum yum 口水流下来了 Kǒushuǐ liú xiàláile Cool 酷毙了 Kù bìle […]

Learn Chinese in Springtime – What to Learn and How to Learn_updated

After a long, dull, cold and wet winter, it starts to feel great to see grass turning green, flowers blossoming, sprouts appearing on the braches. It is great to hear birds chirping and to see baby animals near ponds and in farms. In this beautiful season,  what Chinese can a child learn and how to […]

Ideas of Gifts with Chinese Elements

On special occasions like New Year Day, Christmas, graduation day, birthdays… or just a random, ordinary day to cheer up the people we care, we want to give out a gift – maybe small, maybe big — but unique gifts with some Chinese elements. It is not always easy to come up with ideas. Isn’t […] 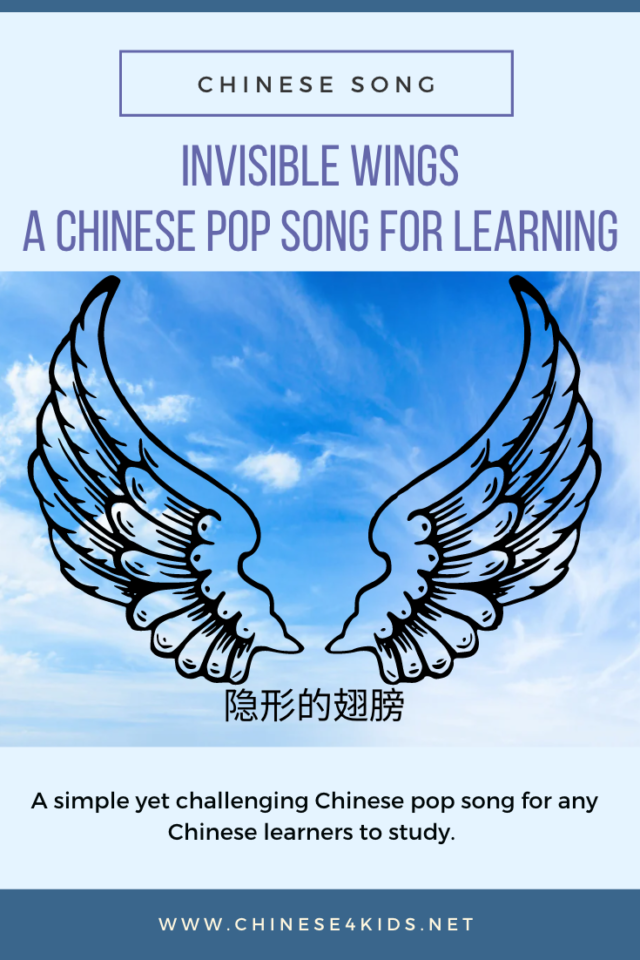 This song is a classical Chinese children’s song. It tells a story that an old lady taking a tricycle. She was asked to pay 50 cents, but she paid 1 dollar. Isn’t that strange? A little monkey is so hungry that it cannot jump. It was given a banana, but it refuses to take it. […]

Do you know that some popular Chinese songs have their English versions too? Sofia Kallgren, the Swedish singer, re-sings several Chinese songs in English. Life is one of them. It is a song sung by Ruoying Liu, named “LATER”, which was popular in China for a long time. Let’s listen to the English version first, […]

﻿ Picture books is a great way to introduce reading to children. There are many excellent English picture books now available in Chinese. Rosie’s Walk is one of them. This is a very simple (yet surprisingly sophisticated, from a humorous point of view) story. A chick named Rosie decides to take a walk one day. […]

Valentine’s Day is coming. It is not a really special day in China traditionally, but it is becoming more and more popular among young people even in China. Flowers and chocolate are good gifts for the loved ones. Valentine’s Day cards are essential together with gifts. In sprite of its increasing popularity, unlike in USA […]

“三个和尚”(Three Monks) is a classic story in Chinese. Long time ago, there was a temple on top of a mountain. There is a river at the foot of the mountain. At first, one monk moved to live in the temple. He had to fetch water every day from the river. Later, another monk moved in […]

I am Thankful – a Picture Book from Jimi

Dad, Where Are We Going?

“Dad, Where Are We Going?” is a reality show which is really popular in China these days. It is now Season 3. 5 celebrity Dads went to different places with their children to accomplish different tasks. Away from work and stress, Dads spend their time and show their love to their children during the whole […]

It is a good idea to do some morning exercise in summer! Let’s move following this video.

5 Craft Ideas for the Year of Goat

The Chinese New Year is coming! This Thursday is going to be the 1st day of the year of Goat (羊）. Here are some craft ideas for children to celebrate the arrival of the new year. Let’s first start with a fun poster of the personalities of “Goat People”: elegant, artistic,  tender, loving and so […]

Happy Valentine’s Day! Above is Valentine’s card in Chinese. The card can be downloaded and used for non-commercial reasons. Here you can also find some more cards I made last year. A good giveaway for children.